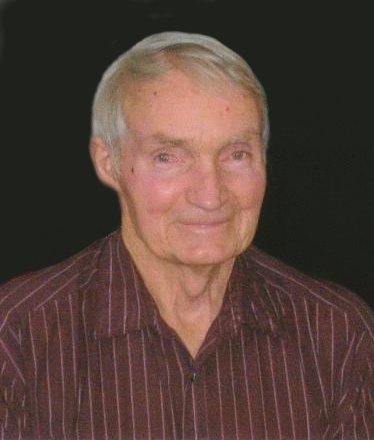 Please share a memory of Allison Horton "Al" to include in a keepsake book for family and friends.
View Tribute Book

Futcher, Allison Horton “Al” - Of Middlemarch, ON, passed away peacefully on Sunday, May 2, 2021, in his 90th year. Beloved husband of the late Kathleen “Kate” (née Folland) Futcher (2010). Dearly loved father of Karen McPhee, Kevin Futcher (Debbie), Robin Garell (Brent), Anne Jackson (John), and Robie Futcher (Rosa). He was incredibly proud of his 11 grandchildren, Tara, Andrew, Amanda, Kristen, Ryan, Junior, Allison, Justin, Jordyn, Shyla and Ella, and 5 great grandchildren. He is also survived by his dear twin sister, Robin Jeffrey (late Roy).  Predeceased by his brother, the late John E. Futcher (late Mary), and his sister, the late Isabel Martin (late Julien “Jud”). Nieces, nephews and extended family have wonderful memories of their time spent with Uncle Al. Born in St. Thomas, ON, October 13, 1931 and raised on the family farm in Middlemarch, he was a son of the late J. R. “Bob” and Dorothy (née Horton) Futcher. As a proud Guelph OAC graduate, he was so happy to return and spend his life with Kate on his beloved “Linslade” farm. They created the most warm and loving homestead where anyone and everyone always felt welcomed. The house was always full of family, friends and neighbours and these were the times that were truly cherished by all. Al had the kindest of hearts, a sweet smile and all that knew him can attest that he was a true gentleman. He loved all sports, but his favourite was basketball. When he could no longer play, he became an avid TV sports fan getting so excited every spring when March Madness arrived and was arguably the Raptors biggest supporter. Al filled his life with everything that made him happy including get-togethers with friends, numerous vacations and casino trips with Kate, time with his children and grandchildren, biweekly card games with the boys, involvement in politics and volunteering for many causes close to his heart. He believed that his life was enriched by helping others, being neighbourly and providing service to his community. He was extremely proud to have been an active member of the Port Stanley Lions Club for the last 40 years where he rarely missed an opportunity to help. He was also a member of Warren Lodge #120, A.F. & A.M., Fingal. He appreciated the simple things in life - a beautiful sunny day, the sight of crops growing in a field and a slice of homemade pie. His passion in life was his family and their happiness. Al will be lovingly remembered for his sweet, gentle soul. Our heartfelt thanks to the staff at Extendicare, Port Stanley who became like family over the last few years. In keeping with his wishes, cremation has taken place. A private family service will be held at the St. Thomas Cemetery, West Avenue. In lieu of flowers, a donation to the Port Stanley Lions Club would be warmly received. Arrangements are entrusted to the Sifton Funeral Home, 118 Wellington St., St. Thomas (519-631-1160).

In keeping with his wishes, cremation has taken place. A private family service will be held at the St. Thomas Cemetery, West Avenue.
Online Memory & Photo Sharing Event
Online Event
About this Event

Share Your Memory of
Allison Horton "Al"
Upload Your Memory View All Memories
Be the first to upload a memory!
Share A Memory
Plant a Tree