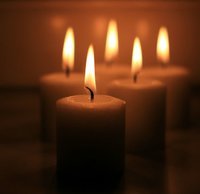 Of London, formerly of St. Thomas, passed away at his residence on Tuesday, December 6, 2022, at the age of 68. Brother of David Moser (Janet), Beth Shultis, late Michael Moser, late Ken Moser (Betty), and the late Chris Moser (late Helen). Uncle of Leonard Hanson (Jaime), Matthew Hanson (Kristine), and Christine Cheema (Harleen), and their families. Born in St. Thomas, November 29, 1954, he was a son of the late Joseph G. “Joe” and Ruth (née Reid) Moser.  Ernie formerly worked as an editor in film production.

In keeping with his wishes, cremation has taken place and there will be no visitation or service. Memorial donations to the charity of one’s choice will be gratefully acknowledged. Arrangements entrusted to the Sifton Funeral Home, 118 Wellington St., St. Thomas (519-631-1160).

In keeping with his wishes, cremation has taken place and there will be no visitation or service.

Share Your Memory of
Joseph Ernest "Ernie"
Upload Your Memory View All Memories
Be the first to upload a memory!
Share A Memory
Plant a Tree