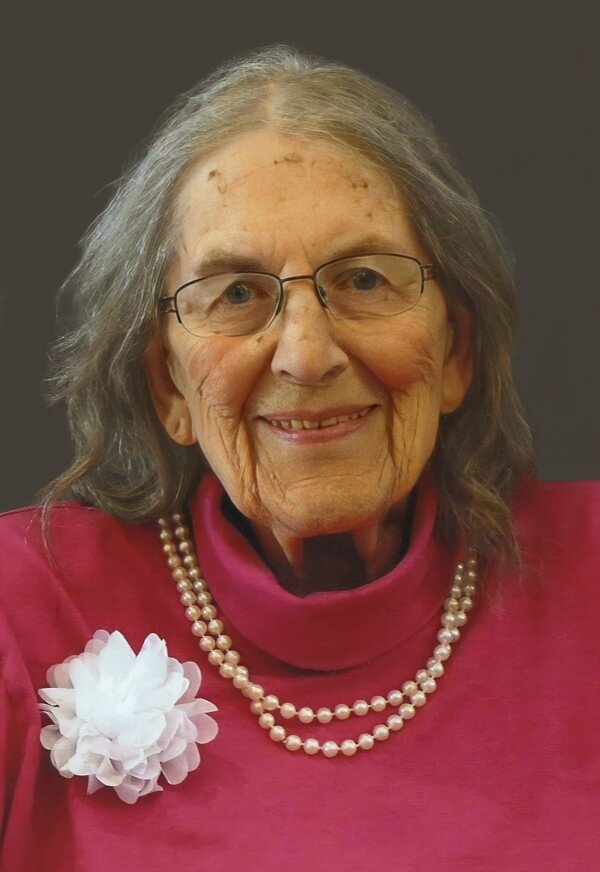 Please share a memory of Eunice Mary to include in a keepsake book for family and friends.
View Tribute Book

Eunice was born in West Derby, Liverpool, England on January 18, 1921, a daughter of Samuel and Jeanne (née Alyson) Taylor. She worked for the Canada Employment Insurance Commission from 1959-1976. Eunice was a member of St. Hilda’s-St. Luke’s Anglican Church, St. Thomas, the Federal Superannuates National Association, and a life member of Central Star Chapter # 57, Order of the Eastern Star. She was a former member of the St. Thomas Seniors’ Centre, and a former longtime volunteer and book club member at the St. Thomas Public Library, having received a 20-year appreciation award.

By invitation, a private funeral service to celebrate Eunice's life will be held at the Sifton Funeral Home, 118 Wellington St., St. Thomas (519-631-1160). Interment to follow in Elmdale Memorial Park. Memorial donations to the St. Thomas Public Library will be gratefully acknowledged.

Sincere appreciation is expressed to the staff at the Valleyview Home for their compassionate care.

Share Your Memory of
Eunice Mary
Upload Your Memory View All Memories
Be the first to upload a memory!
Share A Memory
Plant a Tree