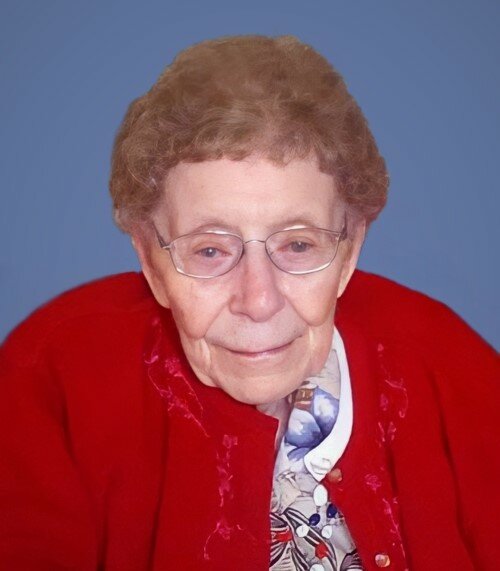 Please share a memory of Leila M. to include in a keepsake book for family and friends.
View Tribute Book

Born in Central Butte, SK, June 18, 1924, she was a daughter of the late Harold and Elsie (née Lawson) Stuart.  Leila came to Talbotville in 1936, and to St. Thomas in 1978. She was a homemaker with the Red Cross for 17 years. Leila was a member of Central United Church, St. Thomas.

Cremation has taken place, and private interment will be made in Elmdale Memorial Park.  Memorial donations to the Canadian Cancer Society will be gratefully acknowledged.  Arrangements entrusted to the Sifton Funeral Home, 118 Wellington St., St. Thomas (519-631-1160).

Cremation has taken place, and private interment will be made in Elmdale Memorial Park.
Online Memory & Photo Sharing Event
Online Event
About this Event