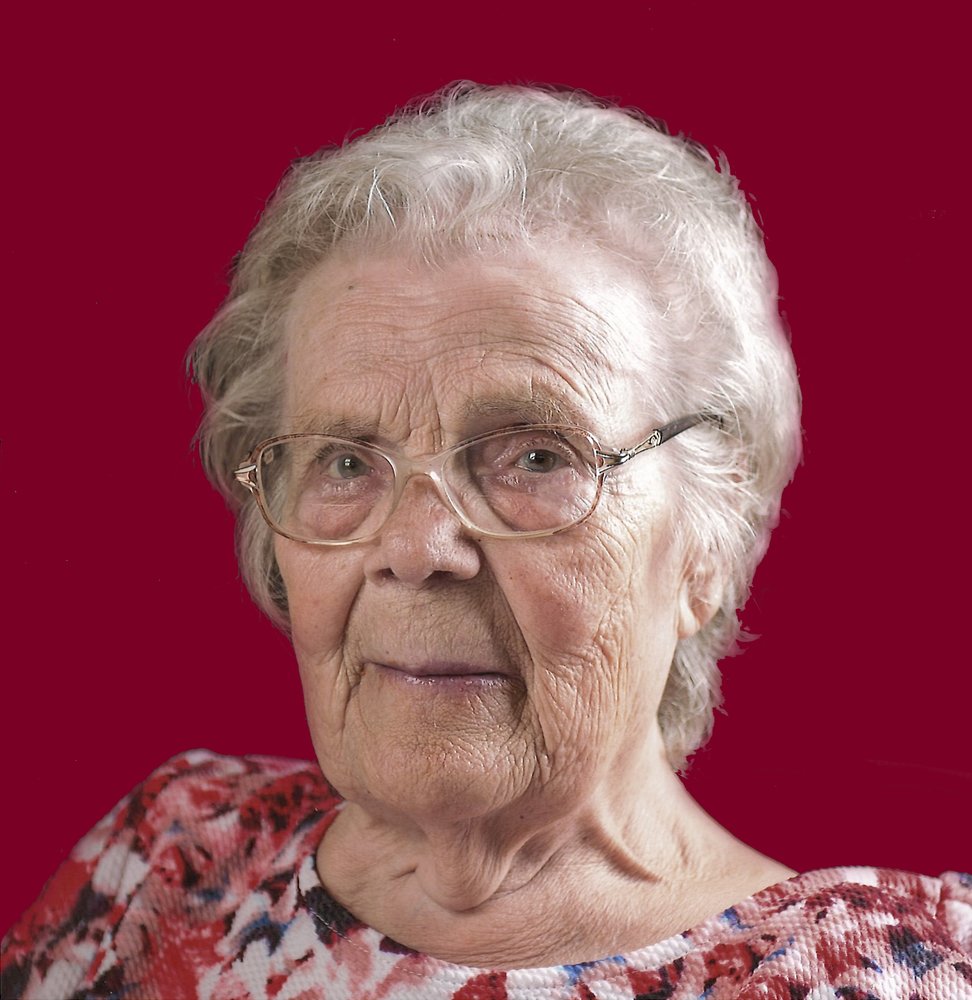 Please share a memory of Manda to include in a keepsake book for family and friends.
View Tribute Book

ERSTIC, Manda (née Genda)- Of St. Thomas, passed away peacefully at her residence, the Valleyview Home on Sunday, December 27, 2020, in her 96th year.  Beloved wife of the late Tomo Erstic (2002).  Dearly loved mother of Tomislav “Tony” Erstic of St. Thomas, Jelena Hoey (Harry) of England, Sonja Erstic of Brantford, and Gina Erstic of St. Thomas.  Cherished grandmother of Nicholas Cameron and Nolan Cameron, both of St. Thomas.  Dear sister of Darinka Kopic of Oakville.  Manda is also fondly remembered by the Ruffo and Saric families, as well as many nieces, nephews, and cousins.  In addition to her husband, she was predeceased by an infant son, Ante (1958), four sisters, Ivka Zrilic, Dinka Knez, Bosa Birkic, and Tomica Banic, and a brother who died as a young child.  Born in Medvida, Croatia, April 18, 1925, daughter of the late Stjepan and Bozica (née Mikulic) Genda.  As a young woman, Manda worked on the orthopedic floor of the hospital in Biograd na Moru, preparing and applying casts, among other jobs.  Manda immigrated to Canada in 1956, and moved to St. Thomas in 1957.  For many years, she worked as a member of the housekeeping staff at the Alma College Valleyview Satellite Home (Sifton House) until her retirement.  Manda was a long-standing member of St. Leopold Mandic Croatian Catholic Church, London.  A private Mass of Christian Burial was celebrated at St. Anne’s Roman Catholic Church, St. Thomas for the immediate family on Thursday, December 31, 2020, followed by interment in Holy Angels’ Cemetery.  Memorial donations to the charity of one’s choice will be gratefully acknowledged. The family would like to express their sincere appreciation to the nurses and staff at the STEGH and all the staff at the Valleyview Home for the loving and compassionate care provided during the last two years in making Mom’s life so wonderful.  Arrangements entrusted to the Sifton Funeral Home, 118 Wellington St., St. Thomas (519-631-1160).

Share Your Memory of
Manda
Upload Your Memory View All Memories
Be the first to upload a memory!
Share A Memory
Plant a Tree