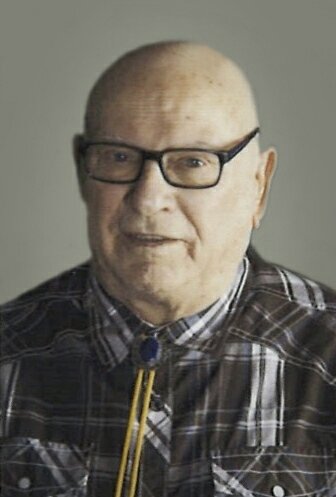 Obituary of Robert B. "Bob" Bogart

Please share a memory of Robert B. "Bob" to include in a keepsake book for family and friends.
View Tribute Book

BOGART, Robert B. “Bob”- Of St. Thomas, formerly of Union, passed away at his residence on Saturday, September 19, 2020, in his 93rd year.  Loving husband for 60 years to the late Lois (née Porteous) Bogart (2011).  Beloved father of Murray Bogart (Judy) of St. Thomas, Virginia “Ginny” Bogart of Tillsonburg, Sandra Kloosterman (Vince) of Aylmer, and Scott Bogart of Calgary, AB.  Dear brother of the late Nancy Wilson, late James Bogart (late Marie), and the late David Bogart (Betty of St. Thomas).  Also fondly remembered by a number of grandchildren, great grandchildren, and many nieces and nephews.  Born in Southwold Twp., ON, June 18, 1928, he was the son of the late Arthur and Fern (née Pearce) Bogart.  Bob was a retired employee of the St. Thomas Psychiatric Hospital.  He was an adherent of Union United Church.  A private visitation for immediate family (a mask or face covering is required) will be held at the SIFTON FUNERAL HOME, 118 Wellington St., St. Thomas (519-631-1160).  Interment will be made in Union Cemetery where a private funeral service for the immediate family will be held.  If so desired, memorial donations to Community Living Tillsonburg will be appreciated.

A private visitation for immediate family (a mask or face covering is required) will be held at the funeral home. Interment will be made in Union Cemetery where a private funeral service for the immediate family will be held.
Online Memory & Photo Sharing Event
Online Event
About this Event

Share Your Memory of
Robert B. "Bob"
Upload Your Memory View All Memories
Be the first to upload a memory!
Share A Memory
Plant a Tree