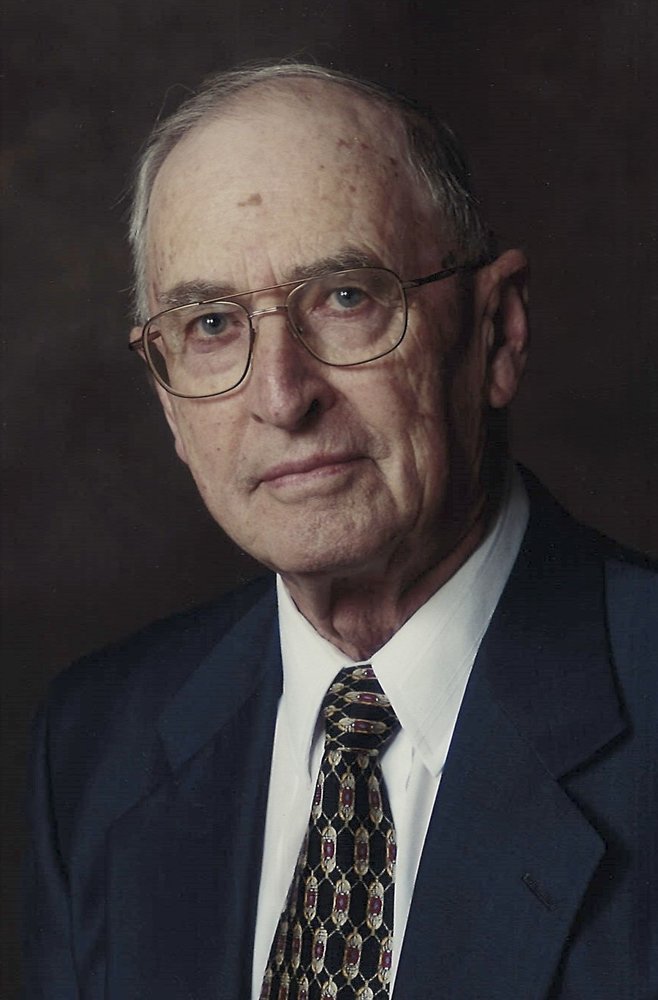 Please share a memory of James M. "Jim" to include in a keepsake book for family and friends.
View Tribute Book
BROKENSHIRE, James M. “Jim”- Formerly of R.R.7, St. Thomas, passed away at the Elgin Manor, R.R.1, St. Thomas on Saturday, June 13, 2020, in his 97th year. Beloved husband of the late Jean (née Wallis) Brokenshire (2014). Loving father of the late William Brokenshire (1990) and Lois and Jim Hamilton. Adored Grandfather and cherished Great Bumpa to Meg and Greg Moore, Grayson and Kerris; Kenzie and Jason Dennis, Mitchell and Jack; Doctors James and Andrea Brokenshire, Sadie, Charlotte and Tessa; and Doctors Paula Brokenshire and Brandon Van Torre, Ethan and Evan. Dear brother of the late Robert Brokenshire (late Lila) and the late Stanley Brokenshire (Diane). Also fondly remembered by daughter-in-law, Pat Baker, brother-in-law, William Wallis, as well as several nieces, nephews and their families. Born in Southwold Twp. (Talbotville), ON, January 27, 1924, he was the son of the late Norman and Curlista “Tick” (née Travers) Brokenshire. Jim dedicated his life to his family, his church and his love of farming. A long time member of Talbotville United Church, he held positions as an elder and treasurer. He was a member of the Ontario Holstein Breeders Association, the Elgin Dairy Farmers Association and served on the Ontario Soy Bean Board. In retirement, along with Jean, he enjoyed travelling, wintering in Florida, golfing and many many games of Bridge. His last two years were spent at Elgin Manor and the family would like to express their sincere appreciation for the wonderful care and compassion. Following cremation, a private family graveside service will be held at Elmdale Memorial Park. A public service to celebrate Jim’s life will be held at a future time. If so desired, memorial donations to Talbotville United Church or the STEGH Foundation will be appreciated. Arrangements entrusted to the SIFTON FUNERAL HOME, 118 Wellington St., St. Thomas (519-631-1160).

Following cremation, a private family graveside service will be held at Elmdale Memorial Park. A public service to celebrate Jim’s life will be held at a future time.
Online Memory & Photo Sharing Event
Online Event
About this Event

Share Your Memory of
James M. "Jim"
Upload Your Memory View All Memories
Be the first to upload a memory!
Share A Memory
Plant a Tree