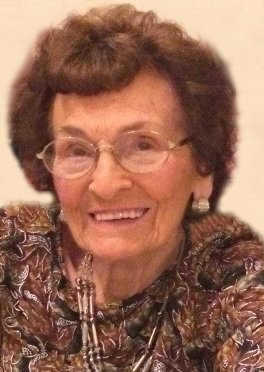 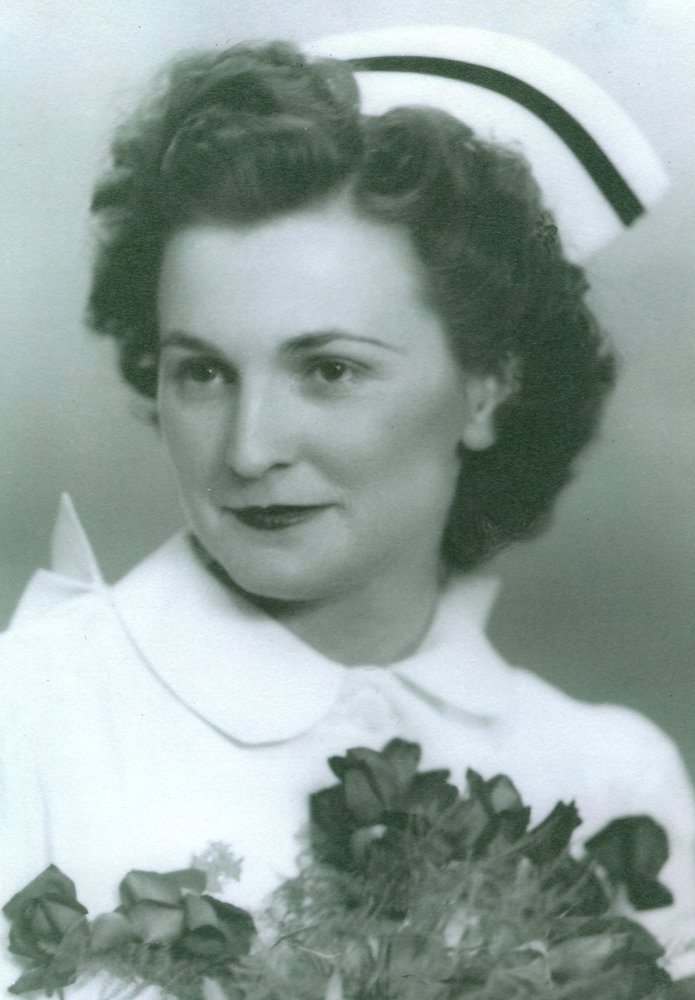 OSTRANDER, Edith (née Davis)- Of St. Thomas, formerly of R.R.1, Fingal, passed away peacefully, surrounded by her loving family at the St. Thomas Elgin General Hospital on Friday, June 28, 2019, in her 97th year.  Beloved wife of the late Arthur L. Ostrander (2001).  Dearly loved mother of Bill Ostrander (Marie) of R.R.1, Fingal, and Frank Ostrander (Bonnie) of Fingal.  Cherished grandmother of Jeannette (John), Leanne, Marianne (Stan), Brandy (Mike), and Nicole (Brian).  Also fondly remembered by many great grandchildren, nieces, nephews and their families.  Edith was predeceased by her siblings, Lee, Arthur, Leola, Jean, Dorothy, and Orla.  Born in Southwold Twp., ON, August 11, 1922, she was the daughter of the late William and Mable (née Hebson) Davis.  A Registered Nurse, Edith began her training in 1942 at St. Joseph’s Hospital, Chatham, ON, where she graduated.  She began working at the Memorial Hospital, St. Thomas in 1945, then while raising her sons, took a break from nursing for eight years.  Edith retired as the head I.C.U. nursing supervisor at the St. Thomas Elgin General Hospital in 1988.  She was an adherent of Knox Presbyterian Church, Fingal.    Relatives and friends will be received by the family on Wednesday evening, July 3rd from 7:00-9:00 p.m. at the SIFTON FUNERAL HOME, 118 Wellington St., St. Thomas (519-631-1160) where the funeral service will be held on Thursday, July 4th at 10:30 a.m.  Interment in Fingal Cemetery.  Flowers respectfully declined.  Memorial donations to the St. Thomas Elgin General Hospital Foundation will be gratefully acknowledged.