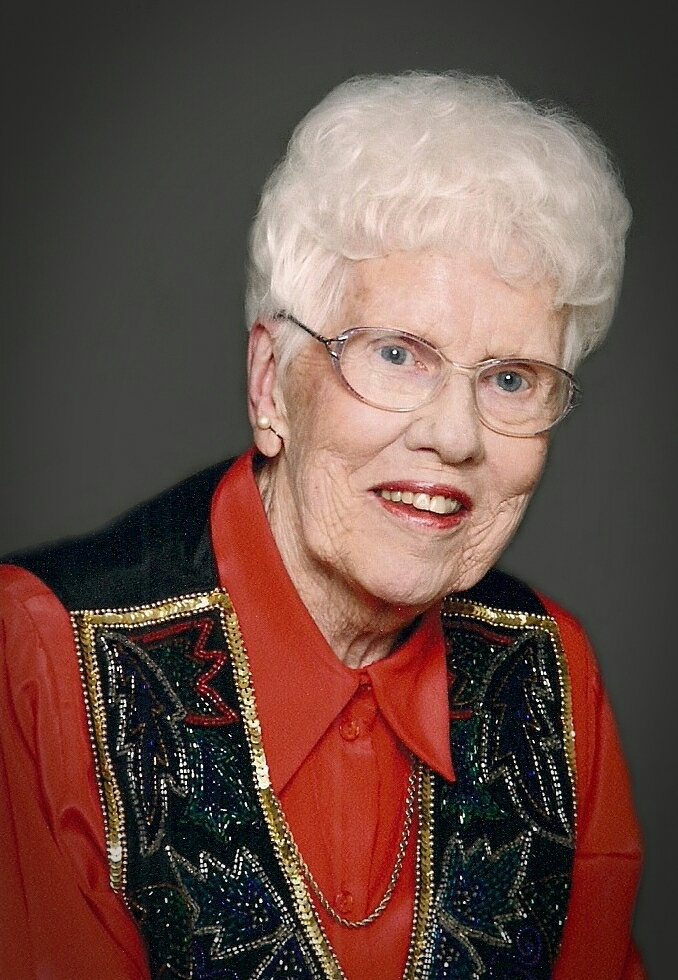 PHILLIPS, Mrs. June (née Russell), of the Dearness Home, London, formerly of St. Thomas, Chatham, Tilbury, Windsor and Hamilton, passed away peacefully at her residence on Tuesday, March 19, 2019, in her 89th year.  Beloved wife for 62 years of the late Donald H. “Don” Phillips (2014).  Loving mother of Pamela Champ (John) of London, and the late Russ Phillips (2018).  Cherished nan of Nicole (Paul), Patrick (fiancée Laura), Laura (Anthony), Jeff (Kristin), and Jason (Lindsay).  Loved great-nana of Bailey, Kate, Brielle, and Bentley.  Dear sister of the late Ivy Jean Widders (late Bob).  Also survived by two nieces and two nephews and their families.  Born in Hamilton, ON, June 3, 1930, she was the daughter of the late Philip and Olive (née Eley) Russell.  June was a former member of St. John’s Anglican Church, St. Thomas, where she was a member of the Chancel Guild.  She was an avid bowler for over 30 years.  Relatives and friends will be received on Friday, March 22nd from 7-9 p.m. at the SIFTON FUNERAL HOME, 118 Wellington St., St. Thomas (519-631-1160) where the funeral service will be held on Saturday, March 23rd at 11:00 a.m.  Following cremation, private interment in , .  Memorial donations to the Alzheimer Society or the charity of one’s choice gratefully acknowledged.