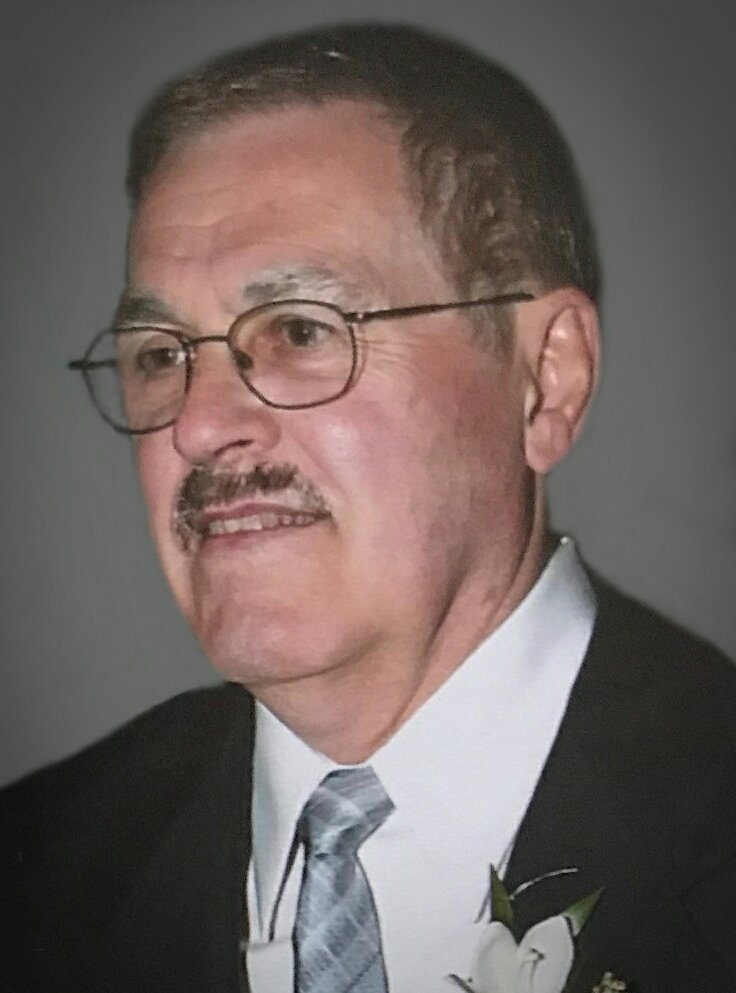 COSENS, Donald LeRoy “Don”, of St. Thomas, passed away at the St. Thomas Elgin General Hospital on Friday, March 15, 2019, in his 84th year.  Dearly loved father of Mark Cosens (Brigitte), and Josie Nicol (Mike), and proud grandfather of Aubrey Cosens, Sammy and Myles Nicol, all of St. Thomas.  Husband of Lynda Gloin Cosens.  Born in St. Thomas, ON, April 4, 1935, he was the son of the late Charles Roy Cosens and the late Viola Lulu (née Smith) Cosens.  His sister, Eileen (Harold) Jackson predeceased him.  Don will be missed by his loved dog, Buddy.

The funeral service will be held at the Masonic Centre of Elgin, 42703 Fruit Ridge Line, St. Thomas on Friday, March 22nd at 3:00 p.m., with interment to follow in Union Cemetery. Relatives and friends will be received by the family at the Masonic Centre on Thursday, March 21st from 3:30-6:30 p.m. and prior to the funeral service from 1:00-3:00 p.m.  A Masonic Memorial Service under the auspices of St. David’s Lodge #302, A.F. & A.M. will be held at the Masonic Centre on Thursday at 6:45 p.m. (Open to the public).  Flowers respectfully declined.  Memorial donations to Shriners Hospitals for Children or St. Thomas Animal Aide will be gratefully acknowledged. Arrangements entrusted to the SIFTON FUNERAL HOME, 118 Wellington St., St. Thomas (519-631-1160).

"I was born in St. Thomas on April 4, 1935. I attended Myrtle Street Public School and the St. Thomas Collegiate Institute.   After leaving  S.T.C.I.,  I attended Westervelt Business School in London.

I worked in local industry (Clevite Corp.) for about three years and in 1960 became a law clerk in the firm of Stafford & Fanjoy in St. Thomas.  In October 1962, I started working at the Elgin County Registry Office and two years later was appointed Senior Deputy Registrar. After 31 years, I retired from the Registry Office in January, 1994.

In 1969, I started in the auction business, retiring from that venture in 1989. My son operates this business to this day.

I have been a member of Central United Church since 1948 and have served on both the Session and Board of Stewards.

I have been interested in history and genealogy for most of my life and belong to several local and worldwide organizations in these fields. I am a past president of both the Elgin Historical Society (1973, 1974 and 1998) and the Elgin County Genealogical Society (1994-1995.)

In July 1998 at Toronto, I was elected District Deputy Grand Master of the St. Thomas Masonic District. I have held several chairs of District committee, and since 1999 have been District Historian.  I became a life member of Rodney Lodge No. 411 on January 8, 2003.  On March 28, 2003, Rodney Lodge No 411 amalgamated with McColl Lodge No. 386 to form West Elgin Lodge No. 386 of which I became an honourary life member.  I have served as Lodge Historian of West Elgin Lodge since its inception.  I have been a member of the St. Thomas District Masters and Wardens Association since 1963 and served a term as president in 1982.

On January 8, 2007, I was presented with my Veteran’s Jubilee Medal (and 50 year pin) by the Grand Master M.W. Bro Gary L Atkinson.  At this same meeting, my son Mark and I presented each other with our Lewis jewels.

In the Cryptic Rite, I became a member of Ninevah Council No. #3, R&S.M. in March 1967 and was installed as Thrice Illustrious master in 1994.  I became a member of Lake Erie Lodge No. 1, Royal Ark Mariners in 1975 and was Commander Noah in 1994.  I have been historian of Ninevah Council since January 5, 1997.  I received the Order of the Silver Trowel in Sarnia on May 27, 1994.  I was installed as Grand Historian of the Cryptic Rite and the Royal Ark Mariners of Ontario in May 1995 and served in that capacity until May 2002.  In 1996 and 1997 I was chairman of the committee on Fraternal Correspondence and in 1997 was named Grand Representative to California.

I was presented with the Gold Honour Award of the York Rite Sovereign College of North America (1991).  I am a member of the Grand College of Rites of the United States of America (1994) and of Great Chiefs Council No. 0 of Grand Council of Knight Masons of the U.S.A. (1996).  I am a life member of the Order of High Priesthood of Ontario (1995).

I became a life member of the Philalethes Society in 1990 and a life member of Lux Quaro Chapter of London, Ontario and served a term as president in 1999.  In 1991, I became a founding member and was the Charter President of Dr. George T. Kennedy Chapter of St. Thomas.  In 1991, I became a member-at -large of the Philaxis Society – one of the first Canadian and white members of this hitherto all-black society.

On February 15, 1992, I was inducted in Supreme Ruler’s Conclave No. 123 of Great Britain of the Order of the Secret Monitor (Washington D.C.) thereby becoming a member-at-large in the U.S.A.  When the Canadian order was established in 1994, I became a founding member and chapter officer of London Conclave no. 451 and served a term as Supreme Ruler 1999-2000.  In 2000, I was appointed Grand Standard Bearer of Grand Conclave.  I retired from this body in 2000.

I am member of the Elgin County Museum and I am currently an advisor to both the Museum and Elgin County Archives.  I am a life member of the Elgin Military Museum, the St. Thomas Coin Club (1965), the St. Thomas Stamp Club, the London Post Card Club and the Last Post Branch No. 410, Royal Canadian Legion, Port Stanley (1989).  I am a Director of the North American Railway Hall of Fame serving on the nominating committee.  I am a member of the Irish Benevolent Society of London and Middlesex (2002) and was President in 2009.

I formerly served on the Board of the Canadian Red Cross, St. Thomas being a one-time vice-president and was also, for a few years, secretary of the United Way Board of Directors.  Since 1975, I have been a member of the Board of Directors of the St.  Thomas Cemetery Company and have served as president on two occasions.   I have been a member of the St. Thomas Mausoleum Board since 1978 of which I am currently vice-president.   I am a trustee of the Talbotville Cemetery Board (2005).  I am an active member of the restoration Committee of the Old St. Thomas Church (1983-1985, 1992 to date).  I am a member of the Backus-Page Tyrconnell Heritage Society.  I am active as a member of Heritage Port (Port Stanley Historical Society) since about 1985.

On February 19, 2003, I was presented with the Queen’s Golden Jubilee Medal by the Hon. Steve Peters M.P.P. for Elgin –Middlesex-London.

I married Lynda Karen Gloin of Yarmouth Centre, Ontario on July 20, 1968 and we have two children Mark and Josie.

Josie is a professional pet groomer and is the operator of Yuppy Puppy of St. Thomas.  Josie was married to Michael Nicol of St. Thomas in 2008 and they have two children, Samuel Quinn born January 18, 2010 and Myles Alexander born May 9, 2012.  Lynda has been an independent title- searcher for many years, working out of the Elgin County Office.  She is an avid golfer and skier."

Share Your Memory of
Donald LeRoy "Don"
Upload Your Memory View All Memories
Be the first to upload a memory!
Share A Memory
Plant a Tree