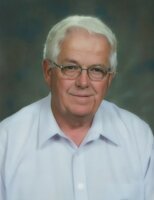 Relatives and friends will be received by the family at the Sifton Funeral Home, 118 Wellington St., St. Thomas, 519-631-1160, on Friday, August 12th from 2-4 & 7-9 p.m.  The funeral service will be held at the Masonic Centre of Elgin, 42703 Fruit Ridge Line, St. Thomas on Saturday, August 13th at 10:00 a.m.  (All in attendance at the visitation and service are kindly asked to please wear a mask). Private interment in Elmdale Memorial Park.  Memorial donations to the Canadian Cancer Society, the Heart & Stroke Foundation or Port Stanley United Church will be gratefully acknowledged.