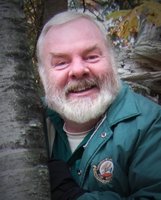 NIXON, Roger M. - Of St. Thomas, passed away at the St. Thomas Elgin General Hospital on Wednesday, August 14, 2019, in his 72nd year. Beloved husband of Wendy (née Hartwick) Nixon. Loving father of Matthew Nixon (deceased), Nathan Nixon (Nikki) of St. Thomas, and Anisa Nixon of Toronto. Cherished grandfather of Cheyenne, Christian, Dominic, and Nevaeh. Dear brother of Mary Nixon (Larry) of Pendleton, OR, and Susan Nixon of Nanaimo, BC. Also survived by several in-laws, nieces, nephews, and their families. Born in Toronto, ON, on July 21, 1948, he was the son of the late George and Vivienne (née Guyot) Nixon. Roger was a retired journalist, having also been a volunteer firefighter in Dorset (Muskoka), and a First Aid instructor. He was a member of the Bahá’í faith. A private graveside ceremony will be held at South Park Cemetery, St. Thomas. A public reception will be held on Saturday, August 17th at 1:45 p.m. at the Masonic Centre of Elgin (Karn Room), 42703 Fruit Ridge Line, St. Thomas. No ties, please!  Roger didn’t even wear one to his wedding.  Memorial donations to the charity of one’s choice will be gratefully acknowledged.   Arrangements entrusted to the SIFTON FUNERAL HOME, 118 Wellington St., St. Thomas (519-631-1160).